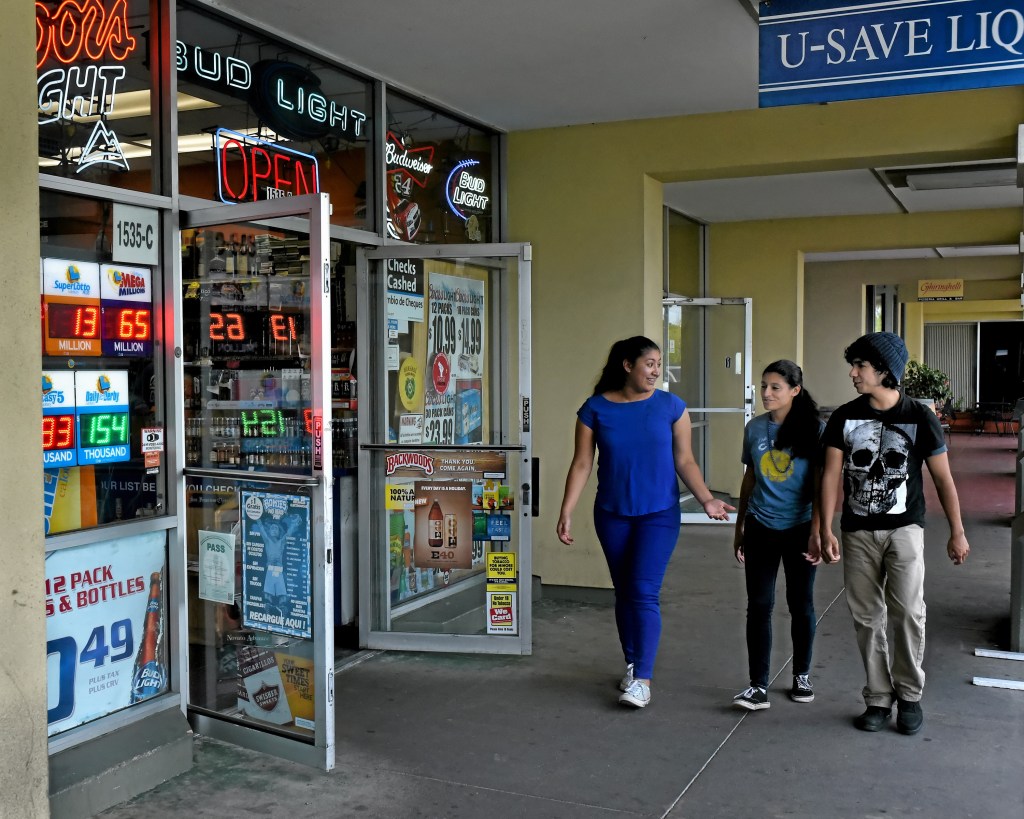 I still remember the store where I bought alcohol when I was 17.

My instinct at the time told me that it would be easy for me to buy alcohol there, and I was right. They asked me my age, I lied and went out after buying a bottle. The store was small and sparse; there were two shelves of snacks and a refrigerator in the back for sodas.

The counter was covered with small â€œairplane bottlesâ€ of alcohol, and shelves from wall to wall, floor to ceiling, strong spirits and flavored â€œwineâ€ products then ubiquitous like Mad Dog. 20/20 and Brass Monkey. The only other things on the wall were advertisements. They featured young people with bottles in the middle of a very ’90s urban grain. The advertisements spread to all available interior surfaces and covered the windows.

What I didn’t know at the time was that my instincts were being driven by the alcohol industry. â€œBig Alcoholâ€ spends at least $ 3.45 billion a year on marketing, including $ 1.2 billion on in-store advertising.

Community health advocates are familiar with television campaigns and mascots aimed at young people. But a recent poll from RAND Corp. shows that children are much more likely to be exposed to alcohol advertisements in stores and on the street than on television. The investment in these Big Alcohol ads pays off.

This consumption is facilitated by â€œalcopopsâ€, hard carbonated drinks, canned cocktails and similar alcoholic products, strong and inexpensive, intended to be easy to drink for people not accustomed to the taste of alcohol. This type of dangerous drinking when you are young is often associated with an alcohol use disorder when you are older. And, of course, adults with alcohol use disorders buy more alcohol from the industry – if they get that far.

Alcohol consumption is associated with the three leading causes of preventable death in adolescents: suicide, homicide and traffic accidents. In these cases, Marin’s reputation for being sleepy and suburban offers no protection. The county’s alcohol-impaired driving fatality rate is consistently higher than the state average. I certainly remember losing teenage peers on the freeway.

The risks of exposure to advertising have long been recognized by advocates of tobacco control. Using California Lee Law, which requires no more than 33% of outdoor storefronts to be covered with advertising, groups have succeeded in restricting outdoor tobacco advertising and seeing dramatic reductions in youth smoking.

But, in a 2020 survey of unsafe practices at San Rafael stores that sell alcohol, Alcohol Justice found that more than 54% had outdoor alcohol advertising and that one in three stores violated Lee Law. Looking inside, 61% of stores sold several types of youth-friendly products, including alcopops, which are considered the successors in the flavored wine market like Mad Dog.

The investigation identified 11 stores in the city as engaging in particularly reckless alcohol sales practices that put the lives of young people at risk. Seven of them (64%) were within a mile radius of San Rafael High School.

With a clear link between advertising, the store environment, teenagers’ desire to drink, and the risks that accumulate as they age, persuading these stores to adopt a healthy sales and marketing environment has the potential to protect thousands of teenagers Marin.

We can start by enforcing Lee’s law, or even tighten its limitations to no more than 15% of advertising on outdoor windows. As a next step, we can ask stores to remove alcopops, hard seltzer, canned cocktails and other products aimed at young people from the shelves.

Children learn easily and quickly. If allowed, Big Alcohol is ready to take charge of their education. Imagine the benefits of being a youngster without any instinct to buy alcohol.

Carson Benowitz-Fredericks is a Bay Area resident who grew up in Marin County. He is a research director at Alcohol Justice, the nonprofit group created by Buck Trust and based in San Rafael and trained to fight alcohol abuse.

Markets rally as Evergrande approaches default: it’s like an ‘old-fashioned sniff of glue’

Gen Y Speaks: I Paid Thousands of Dollars to Move My Home-Based Startup to an Office,…