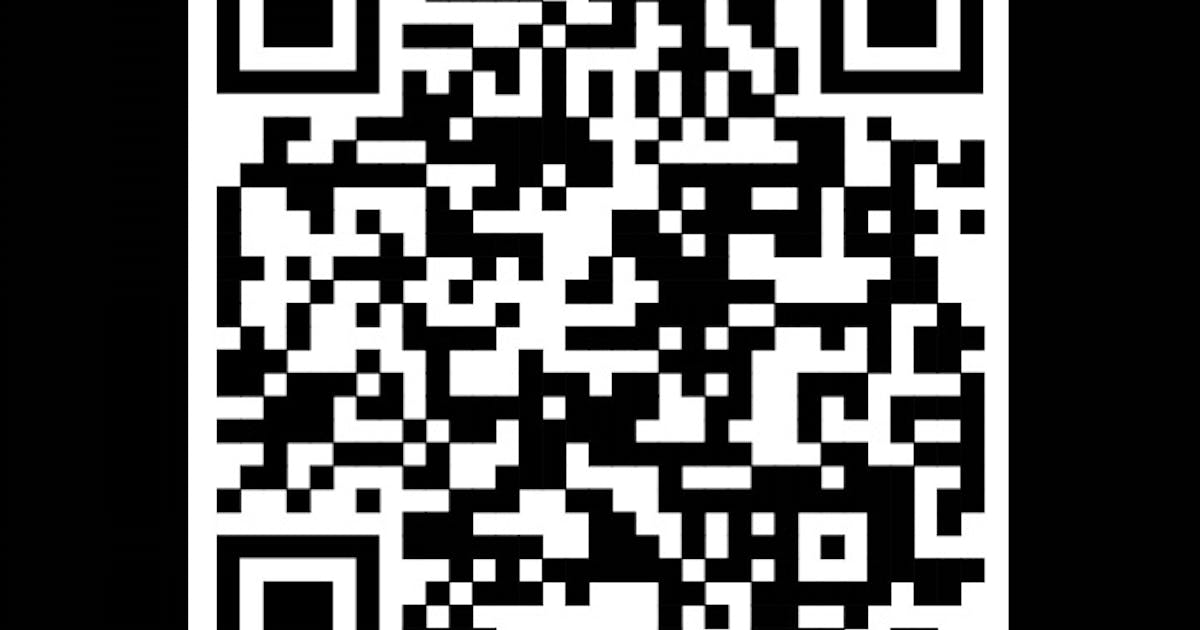 COVID prompts a return of the QR code. But are the loved and hated widgets here to stay?

It was mid-afternoon when Rebecca Kottke arrived at Gray’s, a cafe in Dinkytown, and walked over to the counter to buy a cup of coffee. Due to the off-peak hour, a staff member directed her to a table, where she could order the drink with her smartphone by scanning a black and white pixelated square.

The University of Minnesota student said such QR codes are common in restaurants she frequents and she uses them regularly without difficulty. But that was not always the case. â€œThe first two times I used them, I gave them up,â€ Kottke admitted. “I once literally left the store because I didn’t have time to figure it out.”

In the early 2000s, QR codes began to appear everywhere, from print advertisements to product labels and signage. Companies trying to show off their tech savvy even slapped them on bananas and gravestones.

Over time, QR observations have become rare. But when the pandemic turned shared surfaces and personal interactions into potential vectors for the spread of viruses, QR codes reappeared as a safer alternative. They are now an integral part of city life, displayed on parking meters and in retail stores. And improved smartphones have turned the much-maligned marketing gimmick into a relatively transparent channel for DIY digital transactions.

Digital widgets have become particularly popular in the hospitality industry. The National Restaurant Association reports that half of all full-service restaurants have adopted them.

On the one hand, QR codes can be a fast, convenient, and self-sufficient option for customers and help businesses reduce personnel costs and collect customer information. On the flip side, they can make orders and payments heavier on diners, shift their focus away from people to screens, and alienate the 15% of Americans who don’t own smartphones.

Whether or not QR codes are here to stay depends on how and where they are used.

The beginnings of QR

QR codes, or quick response codes, are like a two-dimensional barcode, capable of storing much more information. QR codes were invented in 1994 at a Japanese auto parts maker, which used them to track inventory.

The codes were widely adopted by consumers in Asia before arriving in the United States. They basically functioned as a â€œreal worldâ€ mobile hyperlink; scan the symbol with a smartphone and a web page would load.

In some apps, QR codes made sense. Getting on flights without needing a paper ticket, for example. Or search for a property for sale or rent without typing in a long URL. But often QR codes seemed like a solution in search of a problem, introducing unnecessary frustration and hassle.

When QR codes were first launched, a separate app was needed to read them. Early phone cameras struggled to decipher the images. And overzealous marketers have slapped the squares in crazy places, from highway billboards to employee uniforms, as if scanning while driving or scanning a person is a safe or humane thing to do.

The return of the QR

Their resurgence has been more widely adopted by the public, although they are far from universally appreciated.

Kottke isn’t much of a fan of QR codes, but is happy to use them if it helps the business. â€œI feel like it wouldn’t be responsible for them to have a bunch of waiters, cashiers, cooks and baristas when it’s not that busy,â€ she said. (Cheqout, a mobile ordering and payment system, says restaurants can save 30-50% on labor costs with QR-code menus.)

The preference for a digital or human transaction probably depends on your personality.

â€œI have friends who tell me, ‘I don’t want to talk to people,’ so if they have a QR code, they’ll use it,â€ Kottke said. “But I prefer to just go up and order with one person.”

There is also a technological – and perhaps generational – divide.

Austin Doan, a recent U of M graduate who attends Gray’s, prefers ordering by QR code over ordering in person. But he acknowledged that those less tech-savvy might not feel the same way. â€œMy mom doesn’t use them. She says, ‘Let me see a real menu.’ “

Context also plays a role in customer acceptance of QR codes, said Eric Carrara, who runs three Twin Cities restaurants with his wife, Vanessa. In their upscale Italian restaurant near Lake Nokomis, they rely on traditional service. â€œPeople come for a waiter to walk them through the dining experience,â€ he said. “If it’s a fine dining restaurant and you put a QR code on the table, you’re going to alienate your customers.”

But at Un Dito, a casual snack bar that the Carraras opened next to Italian Eatery this summer, QR codes have been a win-win.

Un Dito diners place their initial order with a member of staff at the counter, but they have the option of placing subsequent orders via QR codes at the tables. The response from customers has been overwhelmingly positive. â€œIt’s not just the Millennials or the Xers, it’s everyone,â€ Carrara said.

With a counter-ordering system, diners considering another round of drinks or food often forgo it, not wanting to leave their table and stand in line, Carrara explained. With QR codes, nearly 40% of Un Dito diners reorder, and the company’s higher fees for codes are more than offset by increased customer spending. â€œThey would have just left if that QR code wasn’t there,â€ he said.

Chef Daniel del Prado used QR codes in the three more casual of his six Twin Cities restaurants. But he removed them from Colita and Cardamom in Minneapolis. And he plans to phase them out of Rosalia soon.

While the codes reduced contact between staff and customers during the pandemic, customers found the system confusing and cumbersome. When del Prado tried it out for himself, he agreed. (â€œIf you have a group of people at a table, each one has to create an account,â€ he lamented.)

Additionally, as a heavy phone user, del Prado likes to keep his social time tech-free. â€œWhen I go out to dinner I don’t want to be on my phone because I might see a text or email that’s going to ruin my evening,â€ he explained. Plus, it was “weird” to look around its dining rooms and see customers absorbed by their screens.

Del Prado said QR codes can make sense at some restaurants – on his three recent trips to New York, they were everywhere – but not his. Maybe that’s because, with del Prado, even the vibe of a pizzeria is more heels and wine than sweatshirt and beer, which means customers expect more. Warning.

â€œOn paper it sounds good,â€ del Prado said of QR codes. “But I think people prefer regular service. So we give people what they want.”