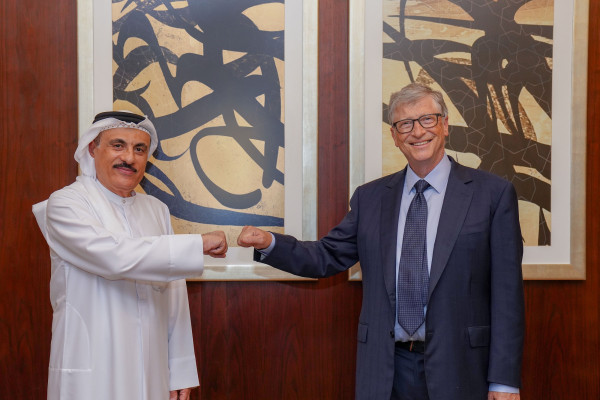 ABU DHABI, December 12, 2021 (WAM) – Al Ansari Exchange, the United Arab Emirates-based global money exchange and transfer company, and the Bill and Melinda Gates Foundation, have pledged US $ 10 million as part of the of the foundation’s matching program to support humanitarian health care programs in the Middle East and Africa region.

The announcement came during a meeting in Dubai between Bill Gates, co-chair of the Gates Foundation, and Mohamed Ali Al Ansari, president of Al Ansari Exchange, to discuss the importance of supporting global efforts to improve health care and the important role of philanthropists. play to fuel such programs in different parts of the world.

The goal of this commitment will be to reduce health inequalities by developing new tools and strategies to reduce the burden of neglected tropical diseases, which affect more than 1.7 billion of the world’s population residing in low-income communities. in the Middle East, Africa and Asia.

Funding will be directed to the Reaching the Last Mile Fund, a multi-donor initiative launched by His Highness Sheikh Mohamed bin Zayed Al Nahyan, Crown Prince of Abu Dhabi and Deputy Supreme Commander of the United Arab Emirates Armed Forces, and managed by the END Fund. The engagement will also support ongoing global efforts to eradicate polio. By supporting high-impact programs with a strong track record of reaching some of the world’s hardest-to-reach populations, this collaboration can help millions of people live healthier lives and have a better chance of lifting themselves out of poverty.

â€œIt’s great to see this partnership come to fruition with Al Ansari Exchange. Together, we are committed to reducing inequalities in health care. As we strive to eliminate neglected tropical diseases and polio eradication, I am pleased to renew our ten-year collaboration with the Al Ansari Exchange, â€said Bill Gates.

For his part, Al Ansari commented: â€œWe always seek to establish strong and long-term partnerships with foundations and institutes, as we understand that consistency in strategy and direction is the key to seeing a positive impact on communities in need. We are delighted to have the Bill and Melinda Gates Foundation as one of our global partners in this mission, and we will continue side by side in efforts to tackle poverty, disease and inequality around the world. ”