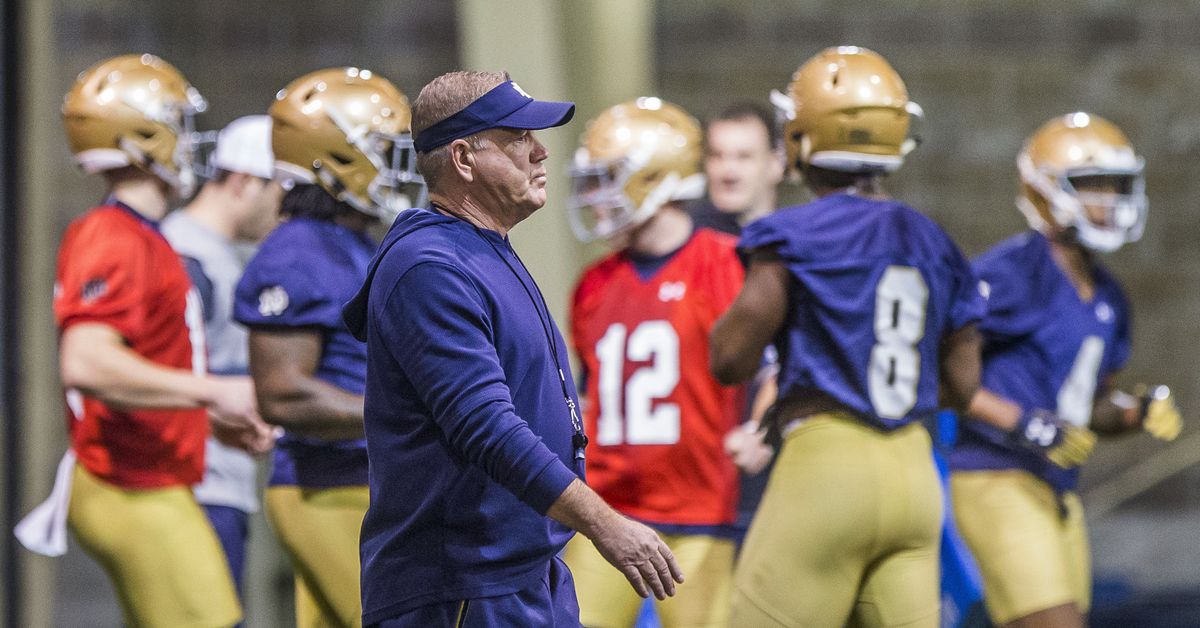 Mandatory college football practices during a pandemic are crazy

The NCAA has just ruled that mandatory football practice can begin in July, anticipating a full college football season. It’s crazy. The pandemic is not going away; it is increasing in more than 29 states, with seven new record cases reported in one day. States that opened early without adequate guarantees – Texas, Florida, Arizona – are now facing a spread of the pandemic that could soon deplete the supply of hospital beds. Deaths now exceed 125,000. An increasing number of young people are contracting the disease, presumably due to the lack of social distancing, the contempt for masks that has accompanied the reopening in many states – and, of course, in the White House itself. same.

The experience of Texas, Florida and Arizona on reopening suggests that it may not even be safe to reopen college campuses with thousands of students meeting in dorms, classes , parties and bars, let alone start training on a soccer field.

During so-called “voluntary training” that some schools started in June, dozens of players have already tested positive. The UNLV suspends training on campus when four athletes test positive for the virus. Texas Tech reports that 23 players have tested positive; Clemson reports 37 football players and 47 cases in all among athletes. And now the NCAA says it’s time to open up some mandatory workouts.

Football is a sport of physical contact. The coronavirus is transmitted by respiratory droplets. If an infected athlete wipes his nose or mouth between games, or removes his mouthguard, he has the virus on his hands which will be in repeated contact with other players. Does anyone doubt that the virus will spread like wildfire once the compulsory camps and contact exercises begin?

To ignore this reality, we hear a lot of gibberish. Athletes will be tested regularly, we are told, and isolated, traced and quarantined if they have the disease. With what regularity? Well, everyday life would be optimal – that’s what rich professional teams talk about doing – but few or no universities can afford it. So, some will test every week; some only if an athlete has symptoms, although young people are often asymptomatic. No wonder Ohio State University is forcing players and their parents to sign a “Risk Waiver Acknowledgment”.

The university is ready to risk the lives of the players, but without exposing itself to prosecution.

Don’t worry, we are told, “Collegiate athletes in general are a young and healthy population compared to the general public. They are usually well equipped to fight the infection physically unharmed. ” Usually. But we are learning that even those who survive the virus are often marked by weak lungs or a bad heart.

The watchword, we are told, is “flexibility”. Second and third string players should be ready to step in at all times. “This scenario,” a doctor wrote, would be analogous to a sprained ankle or hamstring pull during warm-ups and suddenly having to sit down for the next one to three games.

Many of the football players in Division One schools come from low-income families. Many depend on their scholarship to pay for their studies. Now they are being asked to risk their lives for their sport.

I think this college football season should be postponed. It cannot be played in a “bubble”, as Dr. Anthony Fauci suggests. And we already have compelling evidence of how vulnerable players are to the virus.

But if the NCAA and colleges intend to play despite the risk – undoubtedly driven by the billions of dollars at stake if the season is called off – they should at the very least give players and their parents a real choice. Each player should have the choice of whether or not to play, with their purse held no matter what decision they make. Every player and their family should be guaranteed free health care if they contract the virus. No player should be extorted to endanger their life in order to get the education they have acquired.

In this time of Black Lives Matter protests, the lives of these young athletes – black, white, brown and yellow, male and female, must matter. If the NCAA isn’t responsible enough to put the season on hold, it should at the very least demand that every athlete be given a choice whether or not to take the risk, without losing their promised purse.