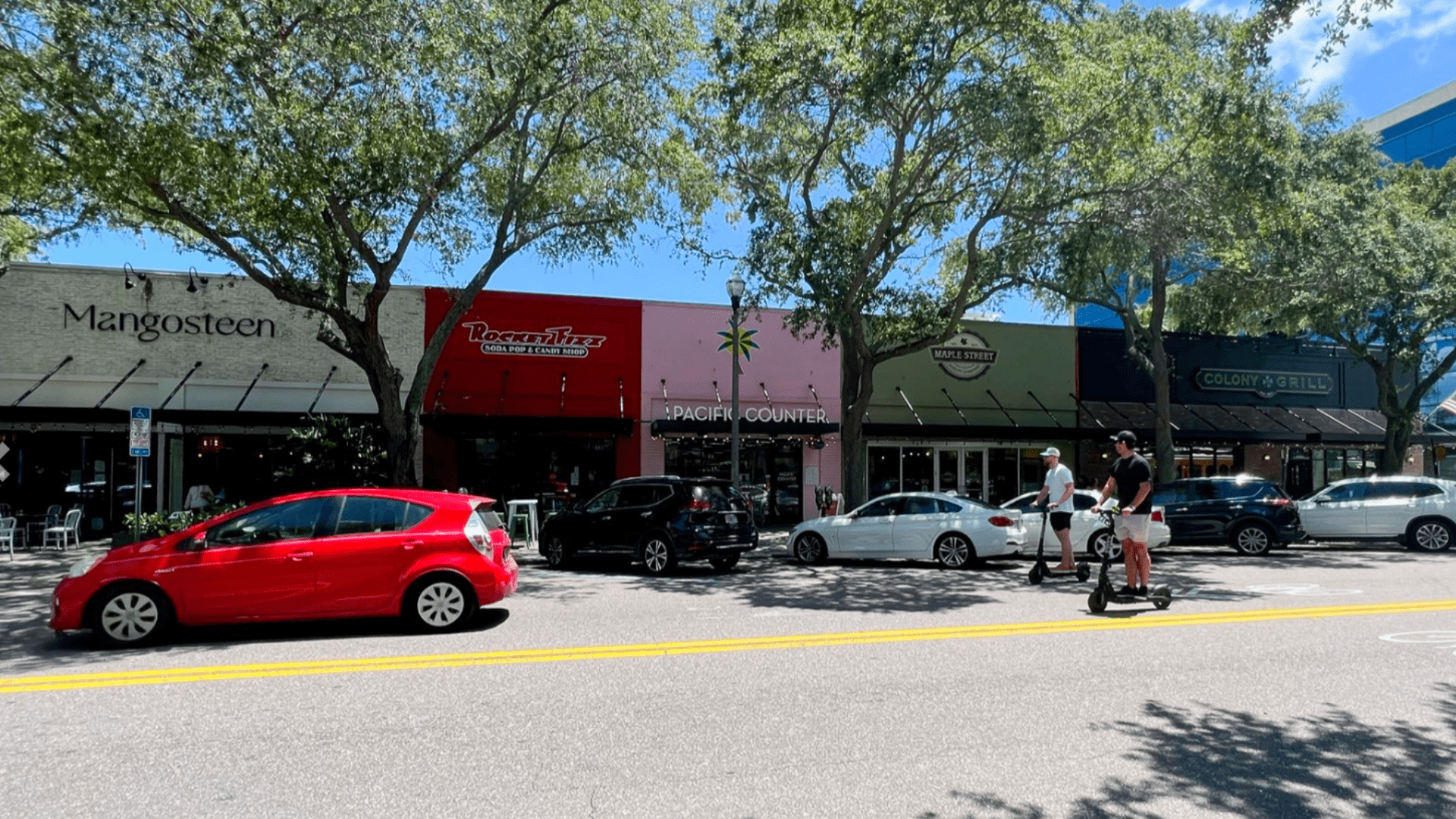 One of the most popular downtown blocks is officially for sale. Commercial real estate company Franklin Street has announced that it is listing for sale the entire southern half of the 600 block of Central Avenue in St. Petersburg.

Stretching from 654 to 670 Central Avenue, the block is currently occupied by restaurants and shops like Mangosteen, Brutique, Colony Grill, Pacific Counter, Rocket Fizz, Maple Street Biscuit Company, and Johnny’s Smokeshop & Kava Bar. The 15,848 square foot property is being sold by its current owner, Miami-based Tricera Capital, and is being marketed as a 100% leased “trophy asset.”

Franklin Street noted in its announcement that the property’s structures recently received more than $500,000 in needed updates to the roof, lighting, electrical systems and more. There have also been extensive interior renovations following recently signed long-term leases. These leases are part of the property’s desirability, according to the sales listing, “offering minimal landlord liabilities, annual rent increases and strong lease guarantees.”

Marketing of the property is led by the Franklin Street Retail Investment sales team of Anthony Suarez and Ryan Derriman. Their announcement touted the walkability and accessibility of the area, noting that there are over 8,500 existing multi-family units in downtown St. Petersburg, with over 9,000 more units planned.

“This is a rare opportunity to acquire a fully occupied retail asset that houses some of downtown St. Pete’s most popular restaurants and shops in a truly unbeatable location,” Suarez said in the announcement. “It’s a real living, working and playing environment and with so many new projects in the immediate area, it’s hard not to be excited about the future of downtown St. Petersburg. There are a long track ahead of us, especially on Central Avenue, and we expect rents to continue to rise and property values ​​to continue to appreciate.

Stay tuned to I Love the Burg for more updates on this treasured downtown block. The list can be viewed here.

What to read next: