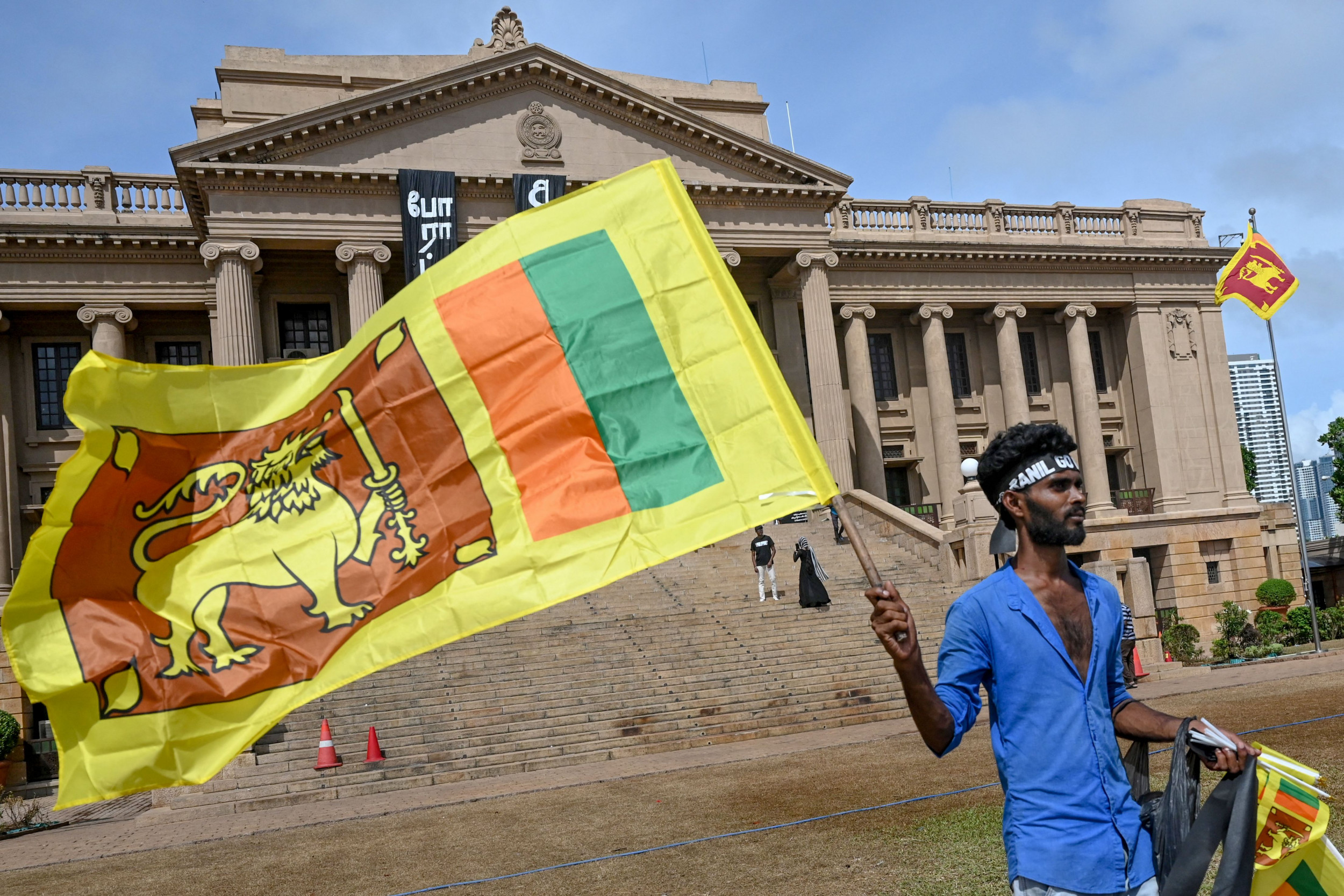 Sri Lanka chased out of Eden by Greedy Elite

Long known as Serendip by Arab traders, the “discovery” of Sri Lanka by Europeans gave rise to the delightful term “serendipity”. Renowned as a “Garden of Eden” for centuries, it then saw an exemplary example of “social democracy” in the post-colonial world with extraordinary social services.

Once the envy of other developing countries, particularly in Asia and Africa, its ruling class has long been its downfall. The slow but steady weakening of this early post-colonial order allowed for new rapacious elites.

Along with the deregulation of the economy and drastic cuts in government social spending, it experienced premature deindustrialization, with the share of manufacturing output falling from 22% in 1977 to 15% in 2017.

“Economic liberalization has led many import-substituting industries to shut down [and] …caused the collapse of the domestic loom sector, in which women predominated. By 1986…more than 120,000 jobs had been lost,” according to researcher Balasingham Skanthakumar.

After the abrupt end of ethnic conflict in the north a decade ago, precious government spending went to massive questionable infrastructure projects that enriched the corrupt ruling elite, not education and healthcare.

Meanwhile, the Gini measure of income inequality has risen sharply, from 0.325 in 1985 to 0.514 in 2018. Instead of tackling growing inequality, government policies have made it worse, fueling social unrest, met by increasing repression.

The pandemic has hurt not only economic activity, but also foreign exchange reserves to pay exorbitant prices for tests, treatments, equipment, vaccines and other COVID-19 related needs.

The ethno-populist policies of many successive governments have added fuel to the fire. Securing political support by cutting taxes, they succeeded in mobilizing majority Sinhalese Buddhist sentiment against Tamils, Muslims and Christians.

The government cut taxes at all levels, collecting only 12.7% of national income in revenue in 2017-2019, one of the lowest shares among developing countries. Taking inspiration from former President Donald Trump, this ratio fell to 8.4% in 2020.

Its value added tax rate was reduced from 15% to 8%, while the business registration threshold was raised from 1 to 25 million Sri Lankan rupees per month. Other taxes and the “pay-as-you-earn” system have been abolished.

The minimum income tax threshold has been raised from 500,000 Sri Lankan rupees a year to 3 million, and few earn that much. Personal income tax rates have not only been reduced, but have also become less progressive.

As more of the population paid less tax, the government’s popularity grew, especially among the middle class. As elsewhere, tax cuts have not stimulated investment and growth.

In recent months, the island nation has defaulted on its foreign debt for the first time ever. As increasingly expensive commercial debt grew, the dollar-denominated share of its external debt rose sharply, from 36% in 2012 to 65% in 2019.

In the New Cold War, its predicament was mistakenly attributed to a Chinese “debt trap”. China has undoubtedly been the last source of new “official” debt, but China’s share of its external debt is around one-tenth. Unsurprisingly, independent studies have found no truth to the Chinese debt trap story.

Faced with currency and budget constraints, the government declared a 100% “organic farming” nation in April 2021. The ban on all fertilizer imports worsened the perfect storm that was looming.

Instead of directly addressing the cumulative challenges faced, massive foreign borrowing from commercial sources (accounting for almost half of public debt), with shorter maturities and higher interest rates, has enabled choices of “fiscal populist” policy. But it effectively threw the box down the road, exacerbating the inevitable collapse.

The opinions expressed in this article are those of the authors.