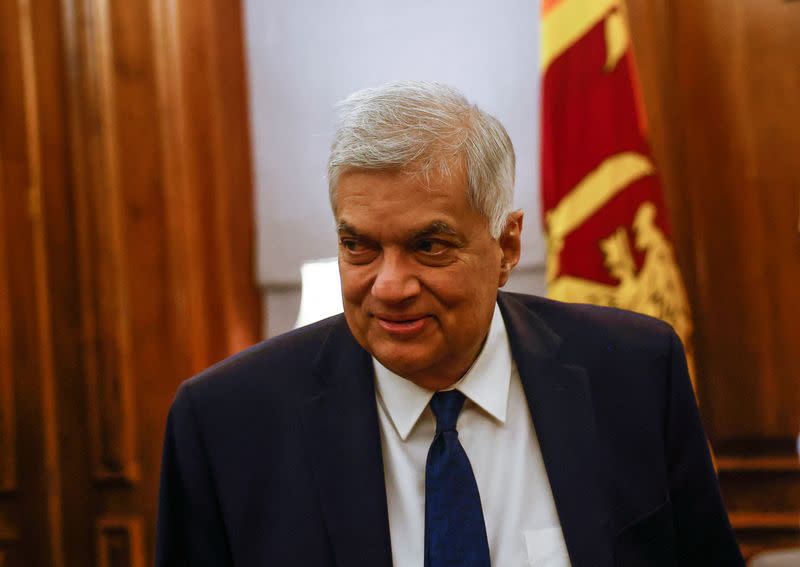 COLOMBO (Reuters) – Sri Lanka’s president is poised to cut spending when he presents an interim budget on Tuesday to see the embattled country through the rest of the year, in talks with the International Monetary Fund on a rescue plan.

The tourism-dependent nation of 22 million is facing its worst economic crisis since independence in 1948, with collapsing foreign exchange reserves, public finances in shambles and soaring commodity prices .

Having become president after his predecessor was ousted in a popular uprising in July, Ranil Wickremesinghe told Reuters earlier this month that the interim budget would focus on fiscal consolidation measures agreed with the IMF.

He said spending would be cut by “a few hundred billion” rupees, including for defence, to channel funds for social assistance and to pay interest on loans. Sri Lanka was targeting spending of 3.9 trillion rupees ($10.99 billion) in its latest budget, presented in November.

Wickremesinghe, who is also finance minister, is expected to outline measures to support low-income communities hardest hit by the financial crisis and announce new taxes to reduce a double-digit deficit.

An annual budget for 2023 is expected to be presented in November, where a broader recovery plan will be presented.

“The interim budget will likely target a 9.9% deficit for 2022, which is lower than the previous 12%,” said Lakshini Fernando, a macroeconomist at investment firm Asia Securities.

“But spending and revenue targets will be difficult to meet given the cooling economy and social demands.”

The island nation missed interest payments due on June 3, June 28 and July 18, and a principal payment due on July 25, according to rating agency S&P Global.

An IMF team that arrived in the country last week wraps up its visit on Wednesday, with Sri Lankan officials saying they expect a staff-level agreement to be in place to advance talks on a loan. emergency of about 3 billion dollars.

The IMF team also discussed the restructuring of Sri Lanka’s debt of around $29 billion.