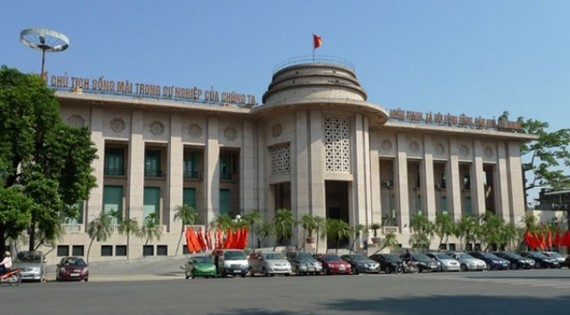 On June 21, the State Bank of Vietnam reused the treasury bill channel after freezing it for two years, and in the past month issued a total of almost VND 400 trillion in bills. to remove the corresponding amount of Vietnamese dong. of the market. This decision took place in a context where the interest rate differential between the Vietnamese dong and the US dollar in the interbank market has been steadily decreasing, and was even negative at the end of May and the beginning of June, in particular at short term, causing the exchange rate to fluctuate sharply.

At the same time, the State Bank of Vietnam raised the purchase price of the US dollar to 23,400 VND, which means that the exchange rate of the US dollar and the Vietnamese dong increased by 2.5% per year. compared to the end of 2021. These actions would reduce the pressure on interest rates as well as manage the flow of foreign currency capital into the system. In recent sessions, the State Bank of Vietnam also sharply adjusted the central exchange rate from 20 VND to 30 VND, to closely follow the fluctuations of the US dollar in the international market.

During the first six months of the year, the US Federal Reserve (FED) moved from easing to tightening monetary policy and raised interest rates three times in a row. Optimistic forecasts for the US dollar and the Vietnamese dong exchange rate at the start of the year were quickly replaced by cautious forecasts after the FED raised interest rates by 0.75% on June 15, the biggest increase in 28 years, causing the dollar index (DXY) to soar, and at one point reach 109 points.

Therefore, over the past month, the State Bank of Vietnam has worked to stabilize the exchange rate in a stressed environment. Early results show that although the DXY index has risen almost 10% since the start of the year, creating increased pressure, the exchange rate of the US dollar and the Vietnamese dong have only increased by about 2% to 2.5%, which is quite low compared to other currencies in the region.

However, in reality, the Vietnamese dong cannot be a market on its own. Rates must also rise to avoid US accusations of currency manipulation. Moreover, against the background of complicated movements in international markets, the demand for the US dollar increased when it was considered a safe currency. Vietnam also faces a trade balance deficit of nearly US$1.3 billion from the start of the year to June 15. Not only that, but the local currency will also come under further downward pressure as the FED is expected to continue raising interest rates in the second half of 2022.

Dr. Nguyen Tri Hieu, a bank finance expert, said the Vietnamese dong in the open market is depreciating very sharply. The black market rate is much higher than the official rate, which shows that the official exchange rate has not increased in line with market needs. This is a phenomenon to which public bodies must pay attention. Because when the black market price is much higher than the official price, it leads to currency speculation. Speculators will turn to the official market to buy the US dollar at a low price and resell it on the open market at a high price, which will be detrimental to the exchange rate policy and affect the functioning of the State Bank of the Vietnam.

Currently, Vietnam has some advantages in foreign exchange supply, such as relatively high foreign exchange reserves of about 14-15 weeks of import, with exports in the first six months increasing both in volume and in price. The World Bank (WB) ranks Vietnam 8th in the world and 3rd in the Asia-Pacific region in terms of remittances. Disbursed foreign direct investment (FDI) capital is expected to flow steadily.