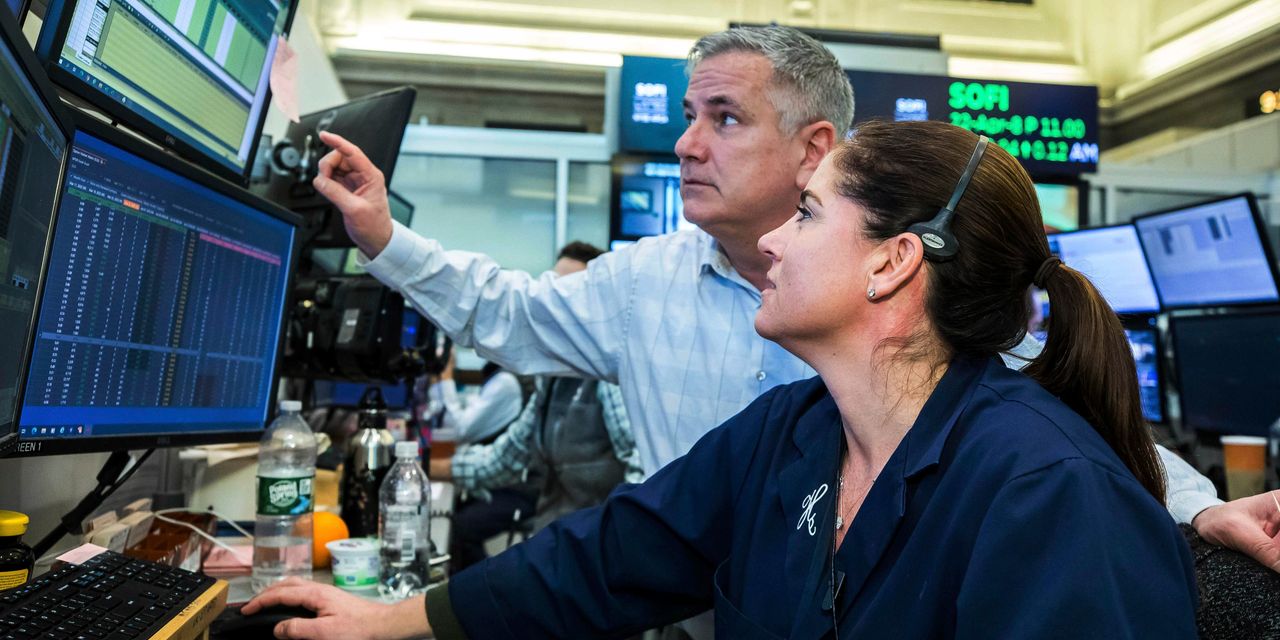 The S&P 500 fell about 0.8% on Thursday, while the technology-focused Nasdaq Composite Index fell 1.2%. The Dow Jones Industrial Average was about 0.6% lower, or 184 points. All three indexes snapped a four-game losing streak on Wednesday, when oil prices fell from recent highs but remained above $100 a barrel.

Investors are worried about the global economic outlook, sapping their appetite for riskier assets in recent days. The S&P 500 and Dow industrials remain in correction territory, while the Nasdaq is in a bear market.

US inflation hit a new four-decade high in February, with the consumer price index rising 7.9% from a year earlier. Gasoline prices at the pump are hitting new highs, hurting consumers’ budgets. Analysts are warning investors that the United States and Europe could see sustained inflation and weaker economic growth, also known as stagflation, as high energy prices erode household spending on other items.

White House press secretary Jen Psaki lashed out Wednesday night at Russian claims that the United States was developing chemical weapons in Ukraine, warning it could be a pretext for Moscow to use its own these weapons. Some analysts said worries about it may have added to market jitters on Thursday.

In individual stocks, shares of Amazon.com rose 4.3% after the e-commerce giant’s board approved a 20-to-1 stock split and cleared the buyout of up to $10 billion of common stock. Peloton shares fell 3.3% after the company announced it would revise its pricing strategy.

Overseas, the pan-continental Stoxx Europe 600 index fell 1.7%, after posting its biggest daily percentage gain since March 2020 on Wednesday. The banking sector in the index fell 2.1% on Thursday, as investors worry about the European economy’s exposure to Russia.

“Yesterday, there was this rally and already we are seeing profit taking. There is very little conviction in this market,” said Agnès Belaisch, chief European strategist at Barings Investment Institute.

The European Central Bank kept its key rate unchanged, but indicated that it could end its asset purchase program in the third quarter, earlier than expected. Investors expect the end of this program to open the door to higher interest rates. The euro gained 0.2% against the dollar after the announcement, before trading flat.

“Looking at the statement, it seems relatively clear that inflation risk dominates,” he said.

Russia’s invasion of Ukraine has injected volatility into stocks, bonds, commodities and currencies, as investors try to assess the impact of sanctions and the potential for disruptions to trade and supply chains.

The Russian ruble was trading near 118 rubles to the dollar in offshore trading on Thursday, after strengthening against the greenback from Wednesday, according to FactSet..

Assessing the value of the ruble has become difficult over the past two weeks as it has become more difficult for banks to execute orders, following Western sanctions and capital controls imposed by Russia. The Russian stock exchange has remained closed since February 25.

—Orla McCaffery contributed to this article.

What remains to be punished in Russia? Portfolios, shares and foreign investments.