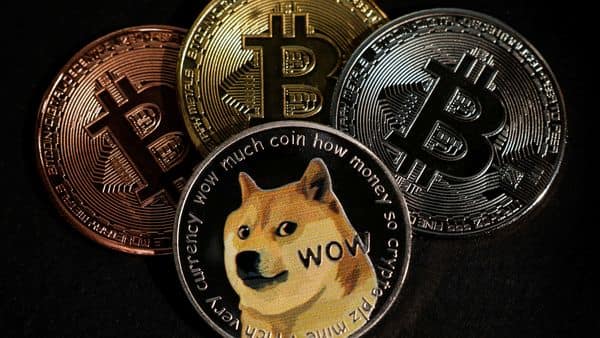 The case for cryptocurrency to be banned until we regulate it

Gold has no intrinsic value, but its scarcity and acceptability created a pricing mechanism for it. Theoretically, any stone of any color found only in certain regions that can be used as an ornament will gain in value through rarity and acceptability. The same is true for cryptocurrency. There are willing buyers and sellers of something that comes out of nowhere. The idea gained momentum with the government of El Salvador announcing it held Bitcoin. The corollary is that if a government believes in it, no one can be left behind and its use can become a habit.

Bitcoin, created by Satoshi Nakamoto, which has not yet been identified, is the most popular cryptocurrency. Despite its cryptic origin, Bitcoin is widely traded and a force to be reckoned with in the financial markets. Other currencies have emerged with fancy names such as Ethereum, Litecoin, and Dogecoin. While we may have to accept this wave, the larger question is whether they should be allowed to circulate.

The main purpose of a currency is to serve as a medium of exchange for transactions. Logically, the reins of such an instrument must rest with a country’s central bank, as we cannot have multiple currencies operating within a jurisdiction. In India, we have to cede foreign currency beyond a limit to the Reserve Bank of India and cannot buy goods and services in the domestic market with dollars or euros. It is the building of a monetary system, which provides the basis for monetary policy. But today, interestingly, you can pay for hotels in Thailand or insurance in Switzerland with Bitcoin. Cryptocurrency is used as a medium of exchange. This is bad news for central banks. If everyone uses cryptos for transactions, monetary policy would become redundant.

The genesis of these currencies lay in the perception that central banks and governments had mismanaged economies by printing too much currencies, which the US Federal Reserve did through quantitative easing, later followed by other central banks. Rolling back all that easy money is now a problem because it can cause turmoil in the financial markets.

The concept of cryptocurrency seeks to overcome such a problem by generating a finite, but infinite flow of coins through blockchain technology. It’s over as there is usually a cap on final currency units, but it’s infinite as the new coins generated would be proportional to the remaining balance, and that never changes. But their anonymity of use creates an enigma, as a payment agency’s track record cannot be known. Because identity is withheld, these currencies serve as useful channels for drug money. Therefore, it would be wrong for governments to legitimize cryptocurrency as a medium of exchange.

An interesting implication of this was that there was nothing sacrosanct about Bitcoin, and so came a plethora of other cryptocurrencies. There are around 6,000 currently, although probably no more than 10 are actively tracked and traded.

What about crypto as an investment? If one can invest in stocks, racehorses and games, then why not in such currencies? Many things have a value that is only based on market perception. It’s not much different from betting on sports or elections, in which there are no fundamentals that determine the price. The argument here may be that if we allow these currencies as avenues for investment, then all activity of this nature should be made legitimate (and taxed). Even betting on Indian Premier League matches can be considered an investment. What is important is that the tax authorities are aware of these transactions, lest they become “hawala” transactions where the gains escape tax. There is already a lot of skepticism about the participatory notes issued by foreign portfolio investors over concerns that Indians might redirect foreign currencies through them.

There is a strong case for banning cryptocurrencies, although tracking their activity can be a challenge. Or, if we allow them as avenues of investment, investors should make full disclosures so that all transactions are taxed – under GST as well as capital gains.

There are two major threats to governments and central banks. First, while these transactions operate outside the financial system, all of these currencies are denominated in dollars. This means that investors use formal channels to collect dollars to pay for these cryptocurrencies. Therefore, any shock to the Bitcoin market can seriously disrupt the formal financial system.

The second is even more serious. If the cryptos are legitimized, nothing prevents entities from starting a parallel crypto-banking system, where they accept deposits from holders and pay a higher interest rate than one gets from a bank and use the same as peer-to-peer lending platform. This can go on without the authorities noticing.

The Indian government relentlessly pursues black money with measures such as demonetization, which have proved unsuccessful despite its boldness. Allowing cryptos would only encourage black money to be generated and stashed out of the reach of the regulatory system. There are good reasons to ban them until we can put in place an appropriate regulatory framework.