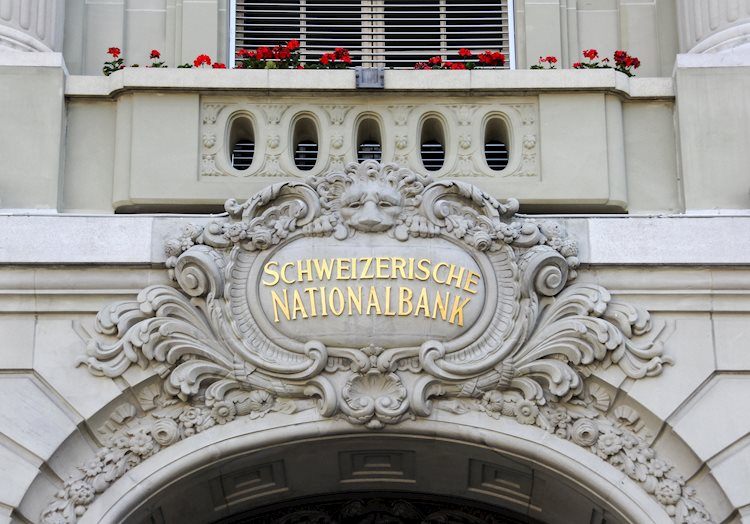 The title of my column last week was “Is 50 the new 25?” Apparently so – even the Swiss National Bank (SNB) hiked 50 basis points, the first change to its key rate since 2015.

Although Goldman Sachs signaled the possibility of a change, it was hardly a consensus. Of the 20 forecasts on Bloomberg, only one – Citigroup – predicted a change, and even that was only 25 basis points. Even GS itself did not foresee any change! So that really took the market by surprise (he says, trying to explain why he was wrong too).

Additionally, the SNB has changed its mind about the CHF, which it has said for years is “highly valued”. SNB Chairman Jordan said:

Since the last monetary policy review, developments in the exchange rate of the Swiss franc have also contributed to the rise in inflation. The Swiss franc depreciated in trade-weighted terms, despite rising inflation abroad. As a result, inflation imported into Switzerland from abroad has increased. Another consequence of this depreciation coupled with significantly higher inflation abroad is that the Swiss franc is no longer highly valued.

I must say that I disagree with President Jordan. On the one hand, it is true that the real (= inflation-adjusted) value of the CHF has fallen since the March meeting.

On the other hand… according to the OECD’s purchasing power parity calculation method, the CHF is still “highly valued” vs EUR = more than 50% overvalued, in fact.

According to this methodology, only the NOK is close to the fair value against the CHF.

To make matters worse, the SNB changed its policy from one-way intervention to two-way. Earlier, they said the SNB “stands ready to intervene in the foreign exchange market if necessary, in order to counter the upward pressure on the Swiss franc.” Now, their official statement reads: “To ensure appropriate monetary conditions, the SNB is also prepared to be active in the foreign exchange market if necessary.” It’s a bit vague, isn’t it? President Jordan clarified what this means: “If there were to be an excessive appreciation of the Swiss franc, we would be ready to buy foreign currencies. If the Swiss franc were to weaken, we would also consider selling foreign currencies.” It’s a huge change for one of the most active countries in the world to intervene to prevent its currency from appreciating.

Switzerland has 925 billion francs (952 billion dollars) in reserves, the third largest foreign exchange reserves in the world, after China (3.188 billion dollars) and Japan (!.209 billion dollars). Keep in mind that China’s annual GDP is $19.9 billion, Japan’s is $4.9 billion, and little Switzerland is $842 billion. In other words, Switzerland has more than a year of GDP stored in its foreign exchange reserves. It has considerable firepower if it wants to prevent its currency from depreciating. Moreover, the SNB is one of the few central banks to hold equities in addition to bonds. The risk here is that he sells some of his $177.3 billion in US stocks.

However, I am not too worried about this as I can hardly imagine a situation where the SNB thinks its currency is getting too weak.

Meanwhile, the Bank of England voted for a 25 basis point hike as expected, but three of the nine members of the Monetary Policy Committee (MPC) voted for a 50 basis point hike. Also, the tone of the forward guidance was much, much tougher. Last month they said that “most Committee members believe that some degree of additional monetary policy tightening may still be appropriate in the months ahead. There are risks on both sides of this judgment…”

No disagreements or hedging bets this time around! No “most members” or “may still be appropriate…” They said very clearly:

The MPC will take the necessary measures to sustainably bring inflation back towards the 2% medium-term objective, in accordance with its mission. The magnitude, pace and timing of any further Bank Rate increases will reflect the Committee’s assessment of economic prospects and inflationary pressures. The Committee will be particularly attentive to indications of more persistent inflationary pressures and will act forcefully in response if necessary.

The problem is, what is the purpose of raising interest rates? It’s to slow down the economy. But the UK economy is already slowing and the OECD predicts the country’s economy will stagnate next year. In this context, one has to wonder what effect this will have on slowing the economy further. The MPC argued that “not all of the excess inflation can be attributed to world events.” “There was also a role for interactions with domestic factors, including the tight labor market and corporate pricing strategies,” they said. We must therefore “loosen” the labor market (= increase unemployment) and above all convince companies that inflation will not stay like that so as not to increase prices too much. It will be interesting to see if they succeed.

Unlike the Swiss shock and the Bank of England’s hawkish turn, the Bank of Japan simply stayed on its well-worn path. His only concession to the changing global environment was to insert a small comment on exchange rate surveillance in his statement after the meeting (“…there is a need to pay appropriate to developments in financial and foreign exchange markets and their impact on economic activity and prices in Japan.”).

This may be a sign that they are worried about the currency, but so far there is no indication that they plan to do anything about these concerns. On the contrary, they even retained their easing bias (the BoJ “will not hesitate to take additional easing measures if necessary; it also expects that the key short and long interest rates term remain at or below their current levels”). usually there was only one dissent, from Mr. Kataoka, who, as always, wanted to ease the policy further. So, while the Policy Board expressed concern about the weak yen, members unanimously decided not to change the policy that was causing it.

Nonetheless, the yen did not weaken much, if at all, implying that the outcome was roughly in line with expectations.

Meanwhile, it was a very expensive week for the BoJ after it bought 9.6 billion yen of Japanese government bonds (JGBs), or some $72 billion, to keep the JGB’s yield at 10 years under the ceiling of 0.25% that the Bank has set. with its “yield curve control” (YCC) policy. That’s more than the Fed and European Central Bank (ECB) were buying per month last year for much larger economies (GDP: US, $25.3 billion; Eurozone, 14.5 billion; Japan, $4.9 billion). Japan’s QE this week ran more than 20 times the pace of the Fed’s QE in 2021, adjusted for the size of the economy.

Can they continue to intervene like this? Of course, the central bank can create money and buy assets without limit, but if it continues like this, it will suck up all the JGBs and leave the market blocked, which is not good. The BoJ needs to lend an unprecedented 32.2 billion yen ($240 billion) of bonds to the market to make it work.

At the press conference following the meeting, BoJ Governor Kuroda denied that any change was likely. He said he did not believe the sustainability of the YCC policy was threatened and did not believe further review of the policy was needed.

Of course, everyone remembers that in 2015, the SNB called its EUR/CHF floor the “cornerstone” of its monetary policy just days before removing it without warning. “If you decide to exit such a policy, you have to take the markets by surprise,” Jordan said at the time. This is what the SNB did this week as well; will this be what the BoJ will do sooner or later?

I agree that they will have to change policy at some point, but probably not in the same way as the SNB. Japanese authorities do not like surprises, fearing they will cause the dreaded “market confusion”. We’ll probably get some clues from the Nikkei newspaper first.

Next week: Preliminary PMIs, inflation in Canada and Japan

After all the Sturm und Drang this week, next week will be much calmer. There are no major central bank meetings, although the market will see Fed Chairman Powell testify before Congress on Wednesday and Thursday. Monday is a holiday in the United States (Juneteenth). Usually three inflation figures are released during the week, but we already had inflation figures from the UK, so only two – Canada and Japan. And even at that, the Japanese figure isn’t all that interesting as it largely tracked Tokyo’s CPI, which came out about two weeks earlier.

The main point of interest for the week will be the preliminary Purchasing Managers’ Indices (PMIs) for major industrial economies. They should be uniformly lower, in line with the recent slowdown seen in many economies. This could curb investors’ appetite for risky assets, such as equities, and drive the AUD lower.

There are no forecasts available for Canada’s CPI yet (Wednesday), but here’s a chart of the latest data we have. Even all three core measures are above the Bank of Canada’s 1% to 3% target range. They will have to do something about it.

The market recently increased its estimate of short-term tightening from the Bank of Canada.

Japan’s national CPI will be released on Friday, but a) the year-over-year inflation rate is expected to remain unchanged, b) it is expected to be about the same as the previously released Tokyo CPI, and c) nobody cares anyway because we just heard from the Bank of Japan that they are not even considering “thinking about” raising rates anytime soon.

There are very few US indicators released during the week. The only important ones are existing home sales (Tuesday) and new home sales (Friday). The housing market is an indicator of the Fed’s impact on the economy, as it is probably the most important interest rate sensitive sector (along with auto sales, perhaps). Given the sharp rise in mortgage rates recently and the tumble in housing starts and building permits announced on Thursday, it wouldn’t be surprising to see home sales plunge as well.

Amy wanted to get rid of 34HH boobs until she found OnlyFans and made £40,000 in a month